Over the years we've seen courses which have done very well and some that have launched to the sound of crickets. The most successful course creators we've worked with have put a significant amount of planning into each phase of the course creation process.

But today I wanted to share a secret with you related to topic selection that can mean the difference between a wildly successful course and one that never repays you for the time you spent creating it.

In 2014, we began working with a new client who had an idea for an online course. She'd been working full-time as a corporate marketing executive, but in her spare time had been doing some freelance work in a completely separate field.

After spending about 3 to 4 hours a week working on her freelance gig for 12 months, that "part-time" income had grown to around $4,000 a month. She had created a system that allowed her to generate what many people would consider a full-time income with a minimal amount of time required.

Assuming that because she had experienced such great results with this part-time opportunity, she began doing some research to see if there were online courses available through which others were teaching their systems. She initially wanted to see if there were course offerings that could help her improve her results even further.

She couldn't find a single course.

However, as you might imagine, it doesn't take a lot of market research to understand that if you can teach folks a way to earn $48,000 a year by working around 16 hours a month that you'd have a pretty lucrative digital asset in your hands.

So she purchased our WP Courseware course creation software and spent around 4 months putting everything she'd learned through her freelancing experience into an actionable, step-by-step series of lessons.

Then she launched it.

What happened in following months exceeded her wildest expectations and quite literally changed her life.

$1 million with a single course in 18 months.

How did she do it?

You may have heard the saying "The riches are in the niches." For online courses, this phrase couldn't be more true.

At the end of the day, her course is about making money from home. But there are literally thousands of courses geared toward that broad market.

Instead, her course had zero competition.

And that led to her quitting her job, selling her home, and traveling the world full-time while working a few hours a week improving her first course and creating several other smaller courses.

Her course operates in the "make money from home" space, but it does so 4 levels deep within that space. As a result, her course is truly a one of a kind, proven system.

To illustrate the 4 Deep Method, let's look at her course as an example:

Apparently in many municipalities, courts hire an independent third-party contractor to proofread transcripts of court proceedings before those transcripts become public record.

While most people looking for a way to earn an income from home don't even know that's a "thing", anyone can learn how to do it and become successful at it.

And that's how her course generated $1 million in sales in 18 months.

For each broad course topic you come up with, experiment with it to see if you can "niche down" to three or four levels deep. Assuming that you end up with a potential course topic that you think people would pay to learn about, take a look around and see what's out there.

There are a number of reasons to "niche down" your course offering, but the the key factors which will lead to a more successful online course include:

You can use advanced search operators in Google to find more relevant results when searching for any current course offerings in your target niche.

Now it's your turn! If you have an idea for your online course, try finding opportunities three to four levels deep to increase your chances of launching a successful and profitable online course! 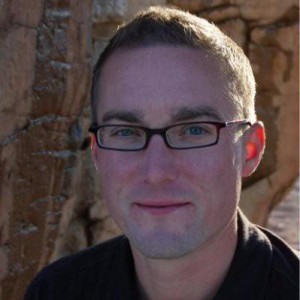 Nate Johnson is Co-Founder and Instructor at Simple Course Creation and a Co-Founder at Fly Plugins, creators of the first and most widely-used course builder plugin for WordPress, WP Courseware. He's also a dad, serial entrepreneur, musician, and Atlanta Braves fan.